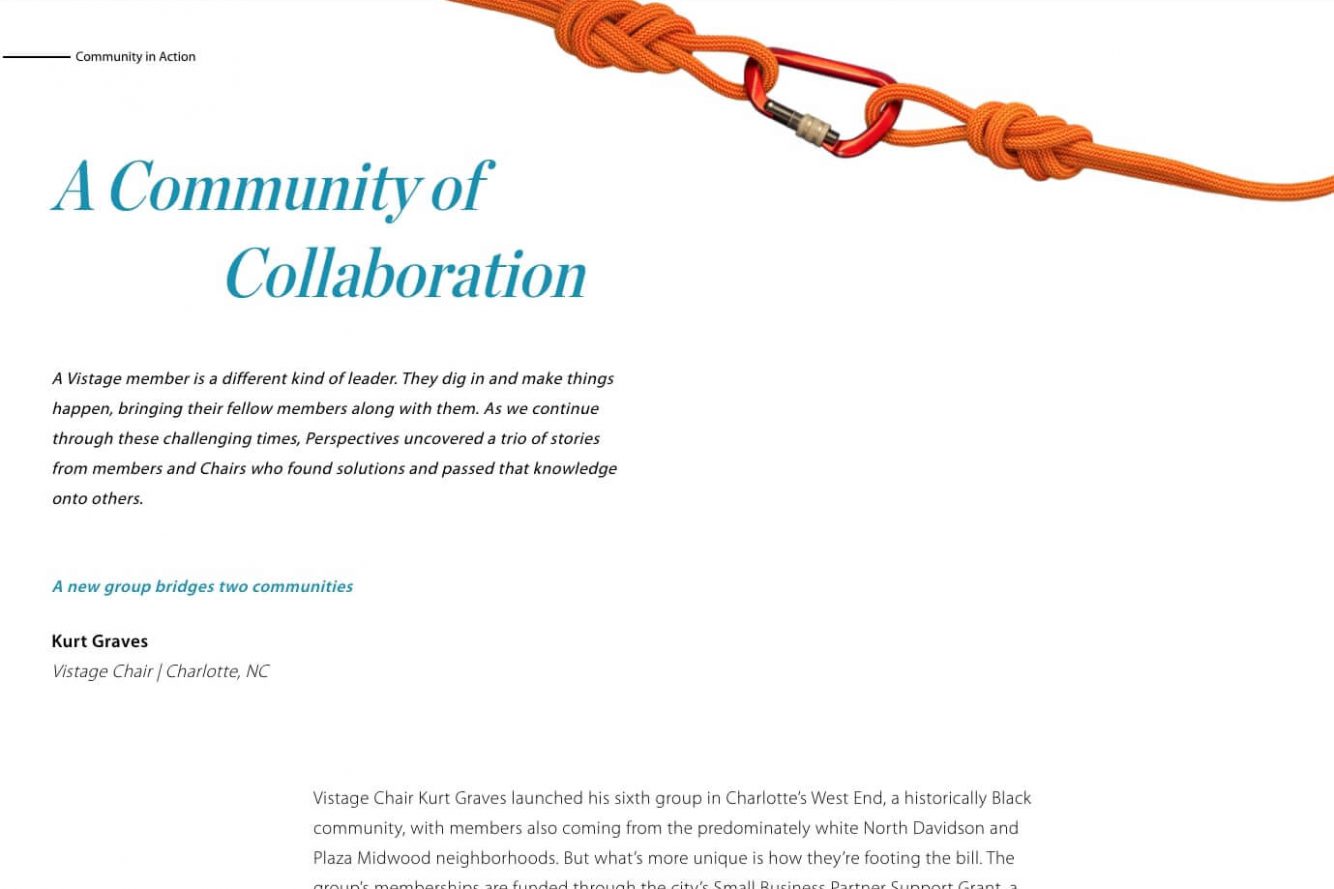 A Community of Collaboration

A Community of Collaboration
A Vistage member is a different kind of leader. They dig in and make things happen, bringing their fellow members along with them. As we continue through these challenging times, Perspectives uncovered a trio of stories from members and Chairs who found solutions and passed that knowledge onto others.
A new group bridges two communities

Vistage Chair Kurt Graves launched his sixth group in Charlotte’s West End, a historically Black community, with members also coming from the predominately white North Davidson and Plaza Midwood neighborhoods. But what’s more unique is how they’re footing the bill. The group’s memberships are funded through the city’s Small Business Partner Support Grant, a program that aids business owners as they navigate COVID-19.

“I got a call from J’Tanya Adams, executive director of the Historic West End Partners, which focuses on creating economic solutions and preserving the neighborhood’s culture and history,” Graves says. “J’Tanya is connected to the board and organized a grant to help businesses through the pandemic. This Vistage group is just one initiative that is receiving grant funding.

“When J’Tanya asked if I would Chair the [Vistage Inside] group, I asked how a 60-year-old white guy is going to do that?” Graves recalls. “She said, ‘You’re worried about black and white, and this is about the color green.’ And she was right. All business owners have the same struggles. They know about the loneliness, the battle with doubt and the weight of responsibility.”

A seasoned Chair, Graves noted that some groups take a while to develop as members get to know one another and trust forms. “Not this group,” he says. “Since the first meeting, they bonded. There’s an open dialogue not only about the challenges small businesses are facing during COVID, but also about social unrest around equity issues. In other groups, that kind of bonding doesn’t happen until someone expresses a vulnerability — like that their spouse left them. But here there is a wonderful cross-pollination happening among this extremely diverse group of business owners from different ethnicities, ages and economic backgrounds.”

It’s only been two months since the group started, and Graves says his 15 members have a dialogue that’s constantly flowing. “There’s a lot of sharing and there have been some significant realizations — like where there are gaps in opportunity.

“Launching a Vistage group here is community in action,” he says. “It’s creating the space for these conversations that will improve businesses and the social fabric. No one is preaching anything. Everyone is sharing their experiences and their realities — and having an opportunity to understand each other.”

Helping others lifts us all

In the Netherlands, William van Venrooij’s business came to a halt when COVID hit. As CEO of Learning Delta, an international sales training company, van Venrooij had to cancel his schedule without any compensation. After about a week of panicking, he said he had a realization: “I just need to take care of my customers, see how they are coping and find out if I can help in any way. The rest would work out.”

And that’s exactly what he did. But first, he had to master Zoom video conferencing. “I just jumped into the deep end, experimenting and learning. I got a Zoom license and trained all of my trainers on Zoom,” says van Venrooij. “I also held a training for my fellow Vistage members, and later for some of my clients. My main focus was just helping people out and going virtual.”

Van Venrooij says this technology has been around for years, but it took the pandemic crisis for him to make it an essential part of doing business. “A Vistage speaker said, ‘Many people say that we are catapulted into the future, but I believe that our past has caught up with us,’” he says. “I don’t really have to be hopping on planes and spending all of this time traveling. I can be even more effective and efficient from my computer in my office.”

Within five months van Venrooij was able to switch almost all of his training sessions to an online platform. He says his revenues are back to normal and his business is stronger than ever. In addition to helping his clients, van Venrooij says he was able to stay focused and positive by leaning into his Vistage group. “It helps to know you’re not the only one whose company is in shambles. I thought, ‘Wow, if these leaders are courageous enough to stand in this storm, I can too.’”

Like many businesses, Lawrence found himself scrambling to apply for a Paycheck Protection Program loan to keep his environmental control and analytics company afloat. And like many, Lawrence hit a wall.

“My big bank was totally useless,” Lawrence says. “But I had access to and insights from 14 other presidents and CEOs in real time. They were telling me where everyone was at in the process, who they were using and where they were succeeding.”

Then a group member insisted that Lawrence contact a specific person from a smaller bank. “To say she followed up with everything and got things done is an understatement,” says Lawrence. “I wasn’t even a customer and I missed the first round, but I submitted my application when I heard about the second round and I was funded the next week.”

“Without Vistage, my Chair and this super helpful bank representative, I would be in an alternate universe where nothing happened, and I was pitifully waiting for my big bank to actually do something for me.”

“Whatever I thought about my Vistage investment pales in comparison to the benefits I receive on a constant basis — benefits like having a group of business leaders who’ve got your back and who care about your outcomes,” he says.

Despite moving back home to Newport Beach, California, from Bainbridge Island in 2020, Lawrence continues to gain value from the members of his Seattle-based group and his Chair, Don Barton. “As a newish CEO, you don’t know what you don’t know — and you need all of the help you can get,” he says. “And that’s what Vistage is to me, a community of leaders helping each other.“ 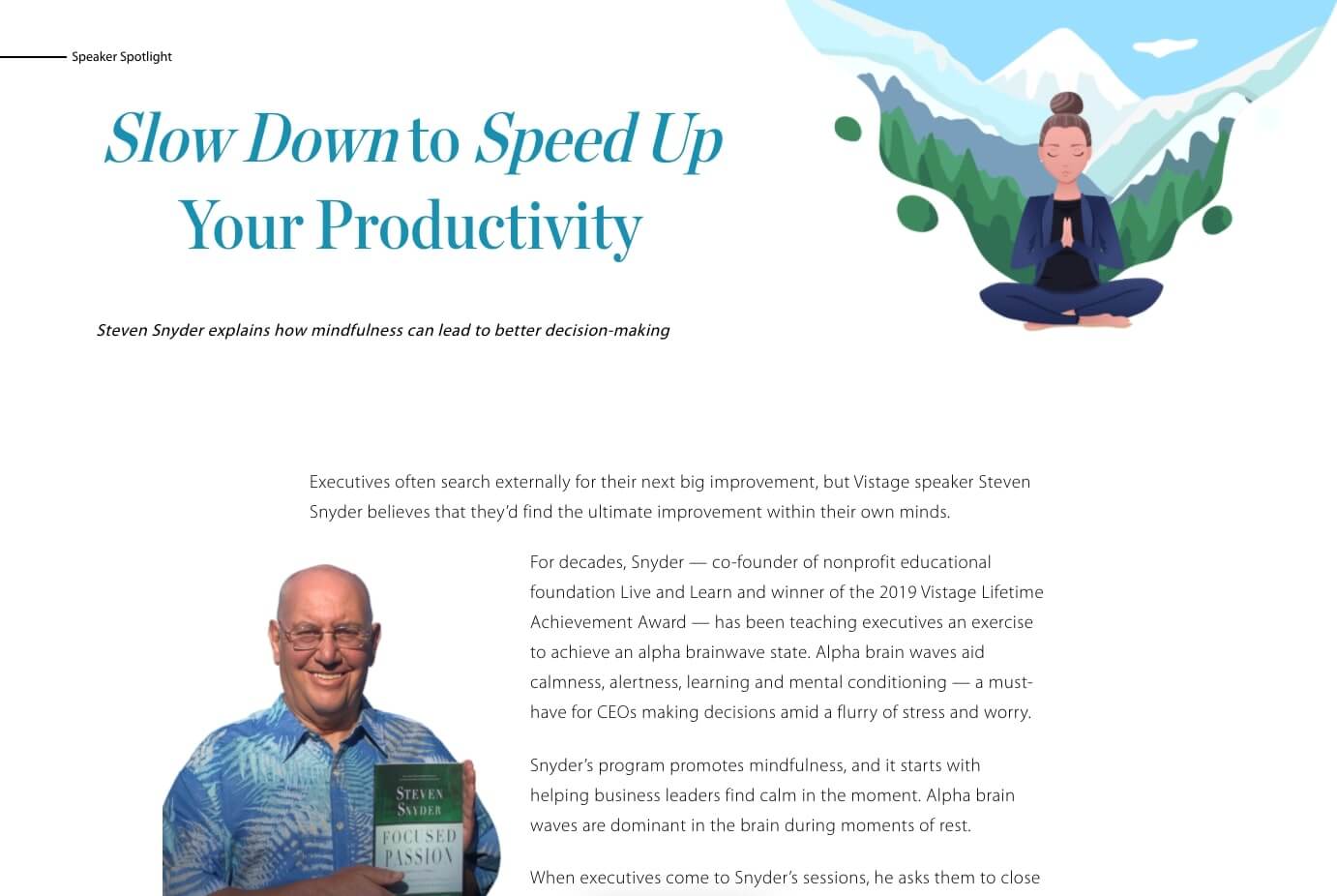 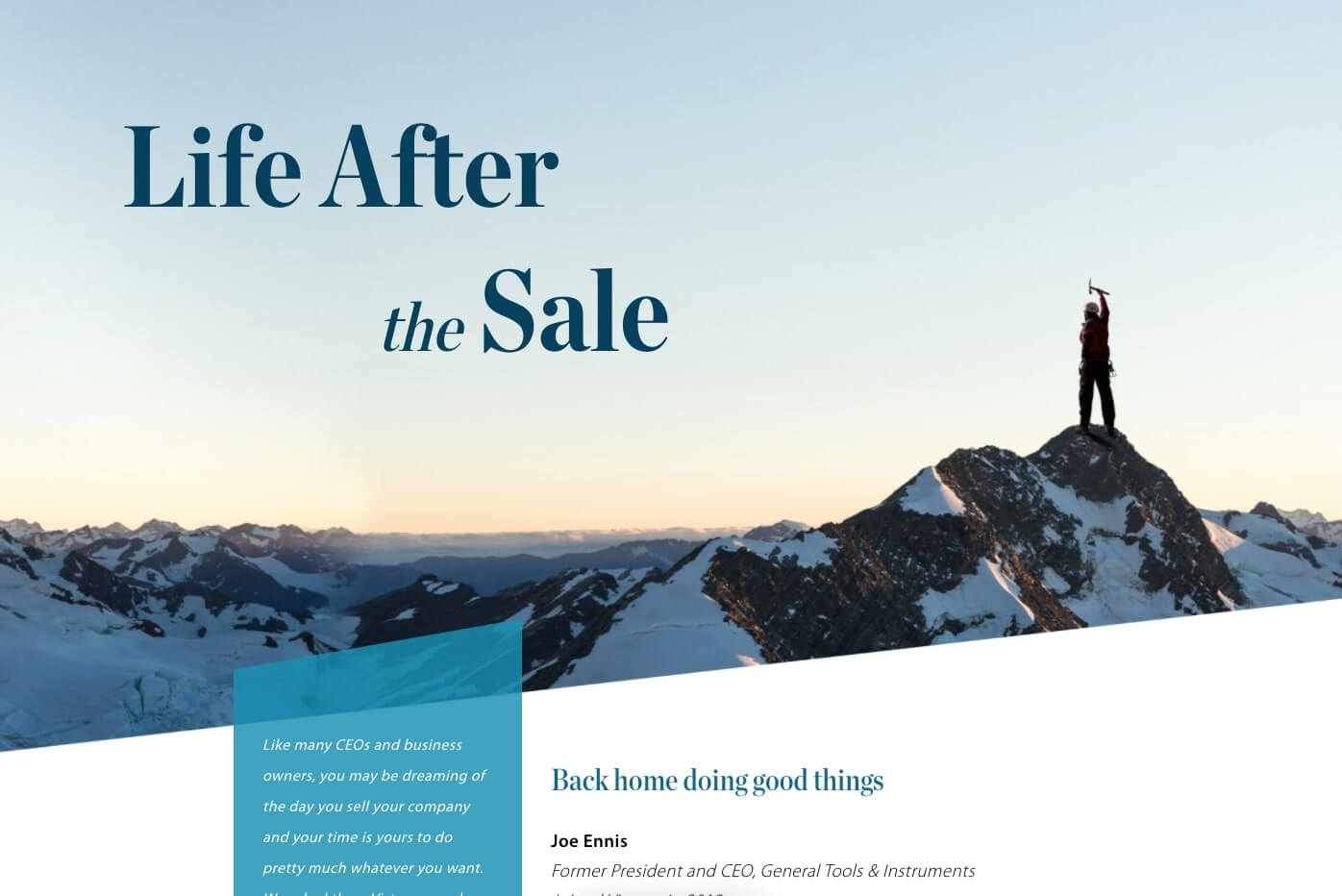 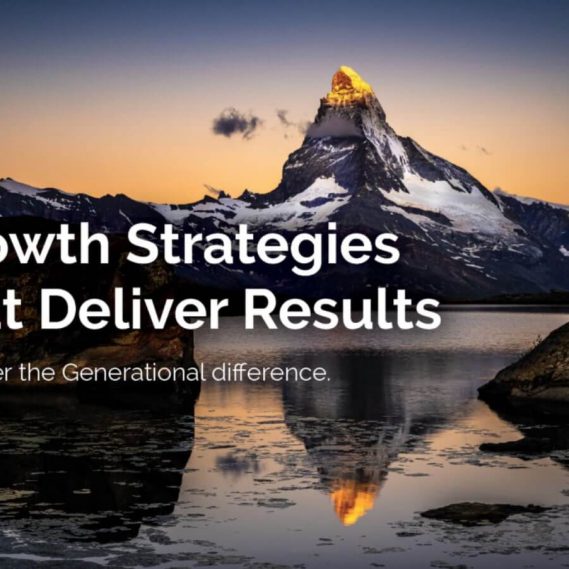 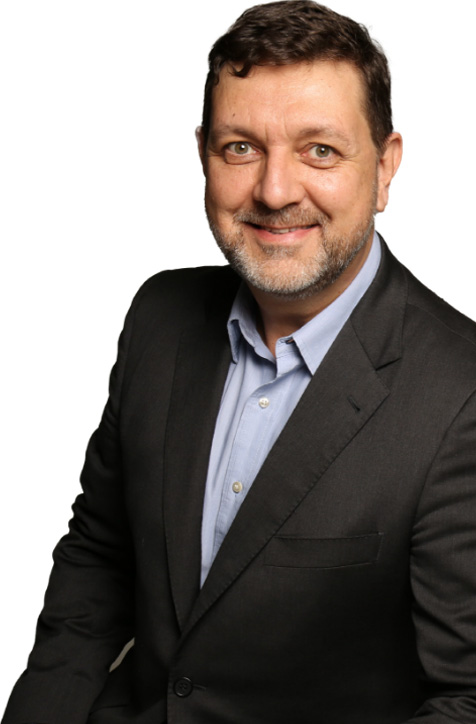 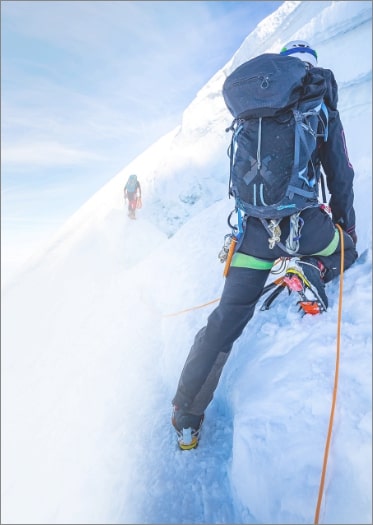 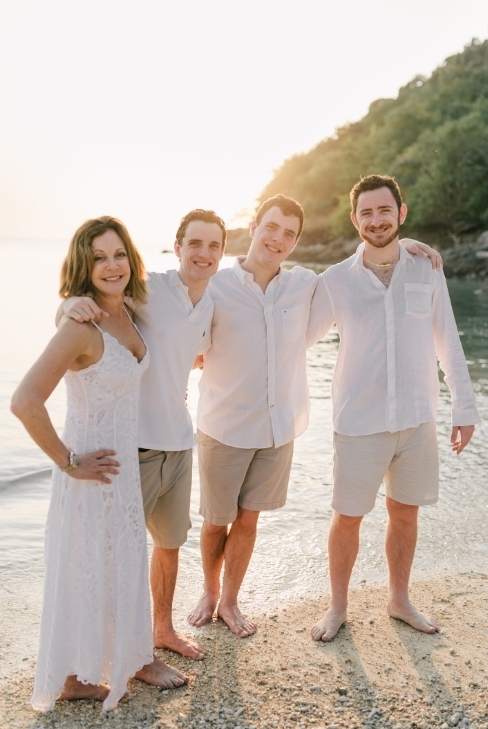